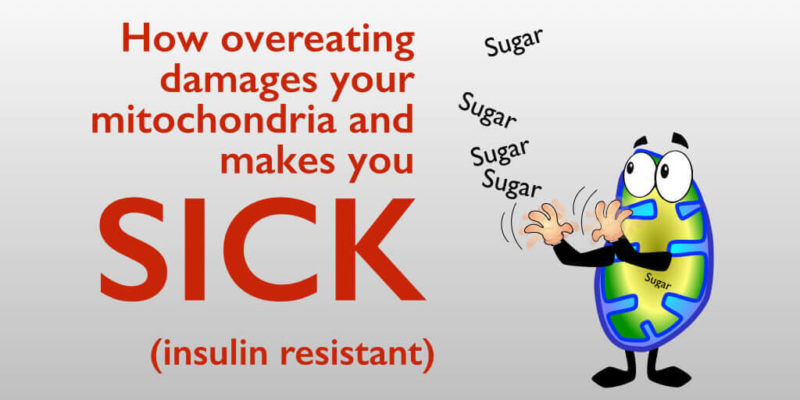 There’s a lot of important discussion around macronutrients in the nutrition world regarding what percentage of our daily calories should ideally come from protein versus carb versus fat. In all this discussion, what’s often overlooked is the fact that simply overeating puts a stress on the system. And what’s never discussed is the fact that pro-inflammatory PUFA fat from seed oils puts more of a stress on the system than clean burning, traditional fats.

I think we should include a fourth macronutrient: time between meals.

The longer you can go without a meal or a snack or a beverage other than water, the healthier your mitochondria will be.

Of course, I think its pretty clear that overeating carbs is particularly bad because it causes the insulin spike that blocks fat burn. And overeating vegetable oils is particularly bad because they promote oxidative stress that directly disrupts mitochondrial function. (More both the carb-fat burn blockage and how vegetable oils cause mitochondrial damage here.)

But the calorie-counting folks do have a valid point: Calories matter. The reasons they propose are horribly oversimplified and their calorie balance equation doesn’t explain the illnesses that develop from gaining fat.

This 15 minute youtube lecture below provides a fundamental insight to what overeating does to our metabolism. In order to understand the true origin of insulin resistance and other diseases of overconsumption we must look inside mitochondria. Mitochondria are the battery packs powering most of life on Earth including our brain and muscle cells. It turns out most of us have been overstuffing these little guys with too much energy, and now we know that doing so can harm them.

Dr. P. Darrel Neufer explains how a mitochondria works like a battery. We literally charge mitochondria with electrons when we eat, and drain those electrons with activity that moves protons through the pump. The problems arise when we over charge our batteries. Unlike real batteries, which simply ignore the charge and the electrical balance inside our house is unaffected, our mitochondria must disrupt our body’s hormonal balance in order to protect themselves.

When a cell is sitting in a state of battery overcharge, it doesn’t want to blow itself out by accepting more energy, be it sugar or fat. So what does it do? It simply ignores the insulin signal that’s trying to drive more sugar (and to a lesser degree, fat) into the cell. So this is one reason that no matter if you are on a low carb or high carb diet you can get insulin resistance simply by over eating relative to your activity level. So calories do count–but of course there’s more to it than that.

This idea of needing to avoid the state of battery overcharge helps to explain why fasting, even short term (like skipping a lunch) has a powerful ability to reverse insulin resistance and diabetes.

I’d like to propose the idea that in addition to describing a diet by the three major macros, we include the time between meals as a fourth. I’m not sure how we’d quantify it though, so if anyone has any brilliant ideas about how to do that please share them in a comment!